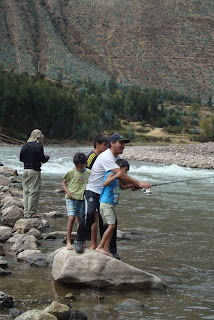 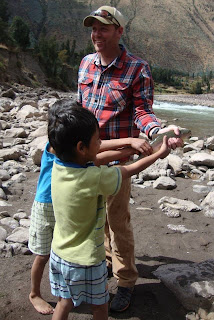 The whole church went on a picnic on Friday. There were 25 of us set up along a gravel bar next to the Vilconata river, about an hour outside of Cusco. We took a bus to a town called Urcos and then a taxi to the spot on the river. It was a beautiful, sunny day and great fellowship. We did do some fishing for Rainbow Trout but the only one who caught one was Wehrner. Wehrner had never fished in his life. I had to set up the pole for him and show him how to cast. His first cast almost hooked his kid and then wrapped about 7 times around his pole. A few casts later, to his own surprise, he was reeling in a big trout.
He was as shocked as we were but I don't think I have ever seen Wehrner more excited in his life. His twin boys surrounded the trout as if their father just reeled in a gold bar. They wanted to touch it so bad but the fish kept flopping around. 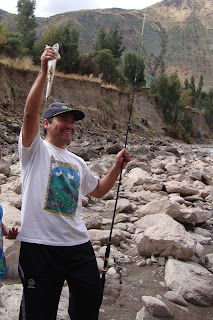 The rest of the day was not as exciting but it was great to be away from the city, relaxing by the river. We had to wait over an hour on the side of the road for someone to gives us a ride back to Urcos so that we could catch the bus back to Cusco. I really believe that doing trips like this with the church really builds solid relationships and unites the people in a strong bond with each other. 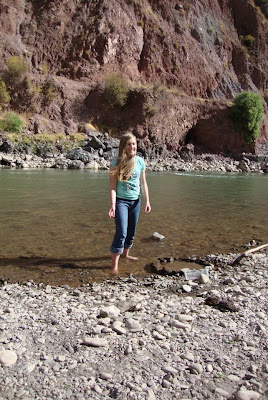 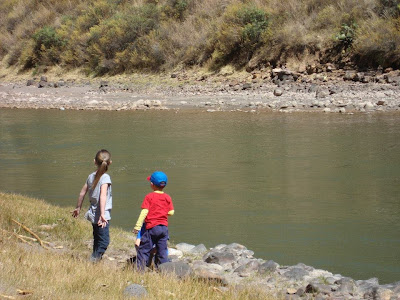 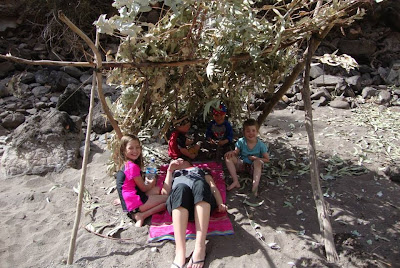 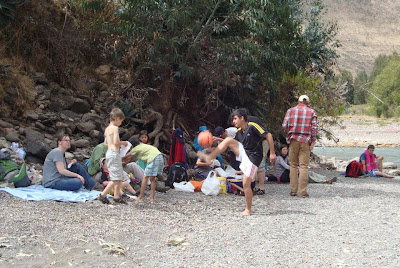 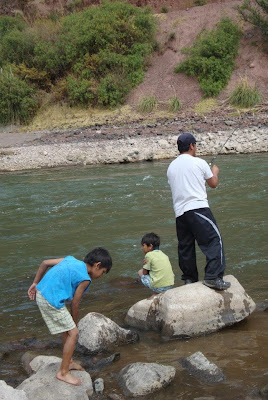