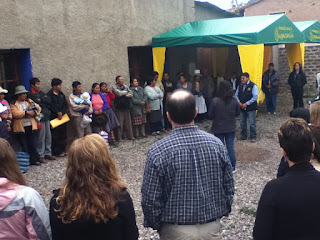 I must say that I have a renewed urgency to brush my teeth ever since Joe Martinez and I worked as translators for doctors with the MMI medical campaign in the small town of Urcos for 2 days. Joe was in triage and I was in the dental clinic. It seems that out of the hundreds of patients that came in the doors, almost all of them had back problems and teeth problems. Back problems because the Quechua people spend their lives lifting heavy thing and working back-breaking hours in their fields. Teeth problems because they don't brush their teeth and many of them, especially the older Quechua women, spend most of their lives chewing on Coco leaves. 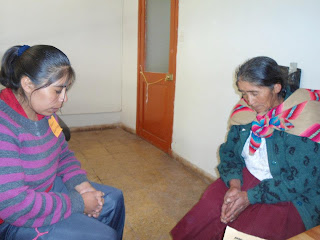 Translating was great but it was a challenge. The realm of dentistry is a realm of vocabulary that I have no experience in. I had no idea how to say many things and the dentists were relying on me to listen to the person's complaint and then explain it to the dentist and then relay what ever the dentist told me back to the patient. This became more complicated when the patients only spoke Quechua and not Spanish. Then the bilingual (Quechua/Spanish but no English) entered into the mix. The chain of questions from Quechua to Spanish to English put a damper on time and communications. But I must say that things went pretty smooth and I learned a lot by the end of each day. After all, I heard the same complaints over and over and I gave the same diagnosis and instruction all day. After you say, “We are going to have to pull 3 teeth” or “We have to give you several shots of anesthesia to dumb your mouth” or “Is your mouth numb yet?” or “There is just no way we can save the tooth” about 50 times a day, you begin to get it down. 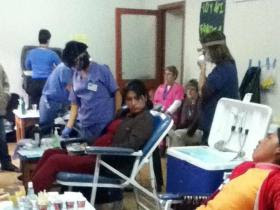 I saw so many shots to the mouth, blood and teeth pulled that I lost count. One poor lady had 12 teeth pulled. I was able to share the gospel in the waiting room with a guy and talk about the things of God with some of the workers. MMI had a Quechua pastor sharing the gospel in the waiting room each day and they played the Jesus film in Quechua in the waiting room as well. One of the Quechua translators was a pastor and we talked a lot about the gospel in Peru. He told me about a very remote region (which I had already been studying on maps) where it was a 2 day walk into a few scattered villages. This is definitely a place that I want to check out in the future.
On another note, we did finish the church offices.  Here are some pictures. 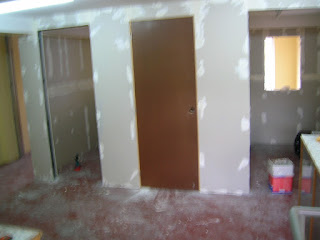 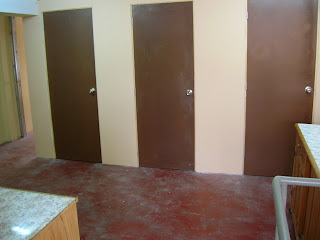