Finally! Countless hours of Spanish is paying off...

I have spent countless hours studying Spanish.  My head has hurt because of it, I lost the ability to spell words in English because of it, and I have dedicated most of my free time to learning this language.  But today I started to see the fruit of all my labor and was worth it. 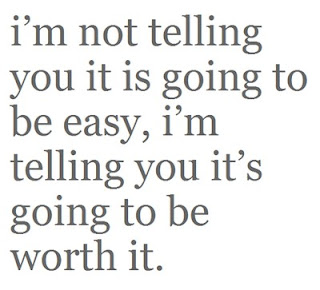 I'm in a class called FARO this trimester and basically it involves asking 20 questions about 2 different themes to 10 people each week and then writing a big report about it.  I usually spend 30-60 minutes talking to each person.  We can pick our own themes, which gave me my plan.  I started with very general themes like the government and health care in Costa Rica.  As I talked to the same people on my route each week, I began to build a relationship with them and they started to be comfortable with my questions.  I then introduced them to the themes of death and the after-life, then God and sin.  I was preparing the to hear the biblical gospel.  It was good for me because my Spanish has improved a lot since taking this new class and now I was more ready to share and discuss the gosepl.  This was the week when they would hear about the goodness and justice of God, the lostness of man, and the glorious substitutionary work of Jesus on the cross.

I memorized my 13 minute presentation of the gospel which also contained question that I would ask them as I went.  I got responses like, "Wow, now that is the gospel" or the people would just say they agreed with it because I did have a few actual Christians on my route.  As I shared the gospel and conversed with the people over and over, my Spanish flowed with ease, by the grace of God.  Two of the guys that I shared the gospel with were very convicted and admitted that they were going to Hell.

One lady on my route is a Jehovah's Witness and the time before this, we talked about the fact that Jesus is both God and man.  She disagreed because she has been a Jehovah's Witness for 10 years but she was very open to learning the truth so I brought my bible with me this time.  After I shared the gospel with her I was able to take her through the Scriptures and show her that without a doubt, Jesus is God.  She could not and did not argue with the bible but her head was spinning and she wanted to keep believing what she was taught the last 10 years.  I left all the people on my route with a small book by John Piper that explains the gospel, in Spanish of course, very well.  She gladly took it and said she would read it.

Another lady on my route did not know much about God and the Catholics had lured her in recently and were teaching here horrendous stuff about Mary bringing salvation to the world.   She was very open to hearing the biblical gospel but it was her first time.  She was convicted and said she would go to Hell and after I explained to her that Christ died for sinners, I asked her if she thought it was possible that Christ died for her.  She said no.  I continued to explain the gospel and then told her to read her bible and obey what she reads.  She said that she didn't have a bible or the means to get one but really was interested in reading one.  I went to a nearby store and bought her a bible. When I returneds she was a reading a Catholic tract that had the title:  Un nuevo regalo de gracias de Maria para la salvación de mundo:  La Llama de Amor de su Inmaculado Corazón, which is translated:  A new gift of grace from Mary for the salvation of the world:  The flame of love from her immaculate heart.  I gave her the bible and the small book.  She was shocked that I gave it to her for free and she was trying to figure out what the catch was.

She asked me about praying to Mary, her dead father and the saints.  I told her that it is impossible for Mary or any dead person to hear her prayers and that there is only one Intercessor between God and man and it is Jesus Christ.  I'm excited about our future conversations.

Anyway, after so much study and practice and frustration about not being able to share the gospel, finally the hard work is paying off and God is using it for His glory and purpose.  Praise be to God and glory to Him alone.
Posted by Scott Doherty at 6:51 PM

Scott, that is a great testimony and challenge you have given to me as I follow a year behind you on this language learning journey. I am convinced that God will work in you and through you for the sake of his gospel and his purpose. God bless you as you transition to Peru.