Jehu and Boniface, a zeal for God 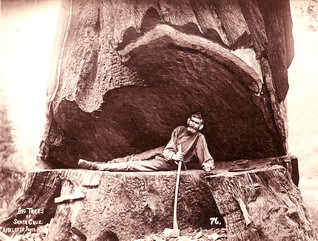 Jehu had a zeal for the Lord.  His zeal was manifested in his actions when he assassinated Joram and Ahaziah, the two evil kings of Israel and Judah.  He went on to execute Jezebel, possibly the most vile woman in all of Scripture.  His zeal for the Lord led him to kill all the descendants of Ahab, Israel's most wicked king.  His zeal led him to gather all the prophets of Baal, all his worshipers and all his priests, and then strike them down.  After the slaughter of the Baal worshipers, Jehu went into the house of Baal, brought out their sacred pillar and burned it and demolished the house of Baal.  To further demonstrate his hatred for Baal, he turned the demolished temple into a public toilet.  Some would say the zeal of Jehu was extreme, and maybe it was, but Christians today have a greater problem with a lack of zeal than with too much.

A missionary to barbarians in the eighth century named saint Boniface had the same zeal of Jehu.  The pagan and hostile German barbarians worshiped a giant oak tree.

Boniface, in his zeal and courage, walked into the village with an axe, and began to chop down the giant oak.

As he was chopping, the Lord sent a wind, and the tree fell over.  He challenged the pagans to allow their god to kill him for what he did.  Nothing happened.  From the stump, Boniface spoke of the true and living God, which when the pagans heard, they fell in fear and worshiped God.

These men had a hatred for sin and zeal for the Lord, which is lacking today.  Killing abortion doctors or demolishing statues is not the way we fight the battle, but we should have zeal to fight the battle.  We must zealously fight by the means of preaching the gospel and prayer.  “For the weapons of our warfare are not of the flesh but have divine power to destroy strongholds” (2 Corinthians 10:4).

From Spiritual Discipline of Meditation
Posted by Scott Doherty at 8:16 AM