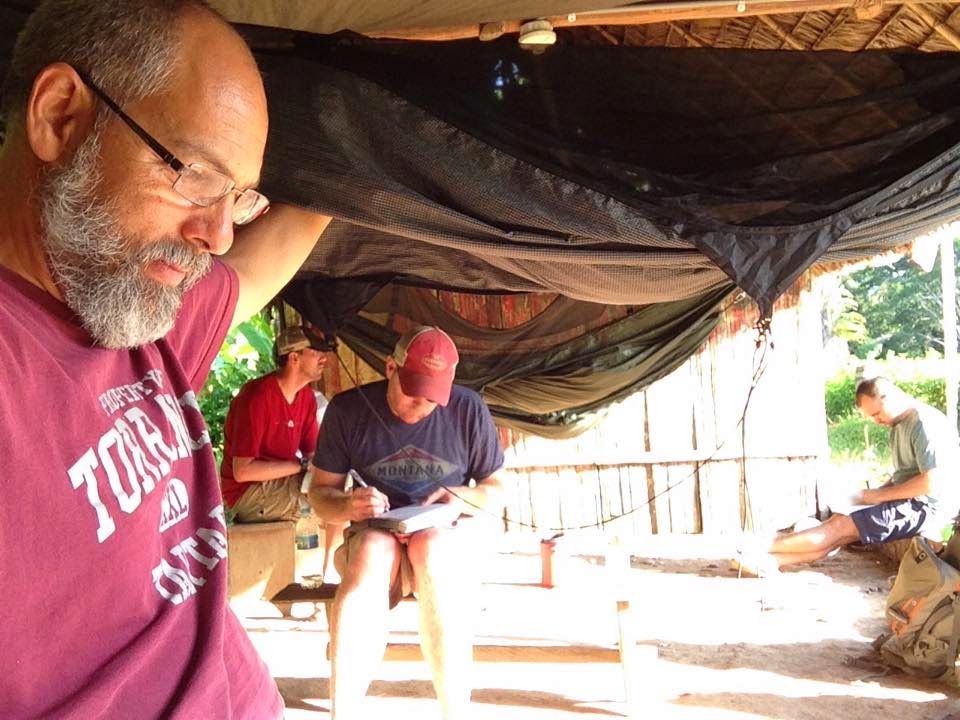 Up with the sun, made coffee, and now all the guys are doing their devotions.  How sweet it is to be serving with godly men.
We started teaching at 9:30am and taught all day.  We had a good turn out for the teachings, now that the witch hunt was over.  The people had a lot of questions about cults, Satan, money, and many other topics.  They seemed to be more interactive than ever.
Wilder and the guys at Chembo are very excited about the Reaching and Teaching center we are starting in May.  They call it "seminary."  After three years they will graduate.  Wilder said after he graduates he wants to be a missionary to all the other villages around him and preach the gospel.  Very exciting for us.
One of the village kids brought a monkey in on his head to show us.  The parents kill the mother monkeys for food, and then the kids get to keep the baby monkeys.  They carry the monkeys around on their heads because the monkey thinks that their hair is their mom.  In a very funny event that unfolded, Martin had the monkey on his head when the monkey saw a mole on his neck and bit him.  Martin screamed and threw the monkey down.  Of course we laughed at Martin's expense, but he did as well.
Martin preached a good message at the community center in the evening.  Everyone was really listening intently.  After the service, we ate paneton bread and oatmeal water.  The stars were shinning very bright on our last night.
March 26, 2015  Thursday
We waited at the river at 5:30am for our boat drivers.  Of course no one was there.  The drivers showed up late and shuttled us across the Tambo river at first light.  We were sad to say goodbye to the brothers and sisters in Christ, but also ready to get out of the jungle.
We hiked the same muddy trail back to the road.  The driver was waiting for us.  We suffered through the 8 hour truck ride. 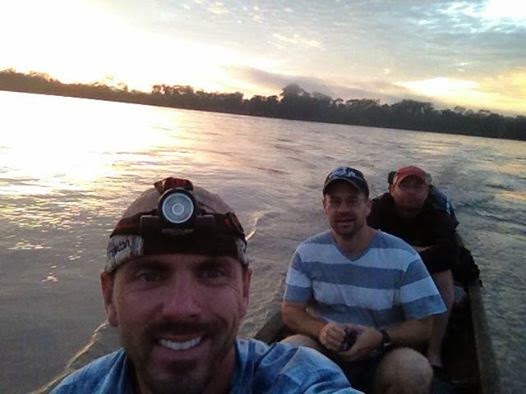 As we neared Satipo we got news that there was another giant Huaico (Flash flood/mud slide).  This one was so big that it wiped out a town and the only road to Lima.  This meant that we were stranded.  The bus company said that it may take five days to open the road.  You can read about the Huaico HERE.  We decided to take a bus all night to Huancayo, about 8 hours away.  We found airplane tickets that flew out of the only airport in the area, but not until Sunday. 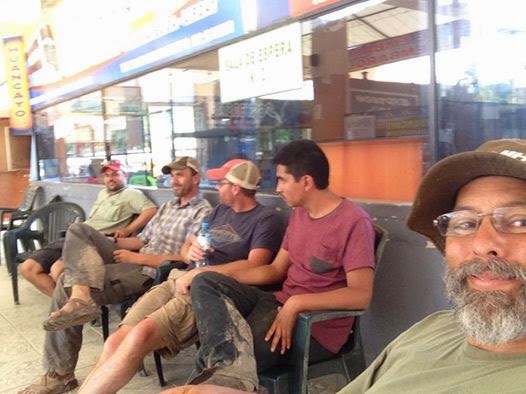 As the bus climbed from the low jungle to the high mountains of 11,000 feet, it got very cold.  I was getting sick with a fever when we left Chembo, and now I was really sick and freezing with chills on the heatless bus.  I don't remember being so cold.
March 27, 2015  Friday
We arrived in Huancayo at first light, and it was cold.  We checked into a hotel and slept for a while.  We lost our plane tickets to Cusco because we were not allowed to change them at the last minute.  The guys from the States were able to change their tickets to fly out on Monday.  Even though we found ourselves in a new city and delayed several days from going home, we trusted that this was the good providence of God and that there was a reason we were here.
March 28, 2015  Saturday
Around noon, Martin, Anthony, and I went to the plaza to redeem the time by sharing the gospel.  Martin preached to a big crowd of around 65 people.  After he finished, I shared the gospel with a few people that seemed convicted of their sin.  They said they were going to Hell and needed a way out.  Martin and Anthony spoke to three school girls who were very convicted and asked many questions.  A few days later Martin received a text from one of the girls saying that she wants to know Christ.   Praise God.  The guy I shared the gospel with asked us to move to Huancayo and start a church.  Once again, that is another impossible need that we can't meet.  We need laborers.
The rest of the trip back to Cusco went pretty smooth.  It is so good to be back in the greatest city in the world.

Posted by Scott Doherty at 4:42 PM

Scott, Why do think CUsco is the greatest city in the world.? I(smile). I think Hauraz has Cusco beat . I lived in Cusco for 6 months. It is definitely a tourist hangout for sure. Maybe it is the myth that Quechua originated their ot that it was theI Incan kingdom ?

Anyway, glad to hear you all made it back to your homes safely.

I love Cusco because of the climate and mountains. I have not been to Hauraz, but I heard it was beautiful. I'm not a fan of the tourists, I could do without them.