The Israelite Cult of Peru

La Iglesia Israelita del Nuevo Pacto Universal (The Israelite Church of the Universal New Covenant) started in Peru and is growing rapidly throughout South America. As you read through the doctrine of this bizarre cult, you will see similarities with other cults such as the Mormons, Seventh Day Adventists, Jehovah Witnesses, and various others. This is one of the most bizarre cults in South America. 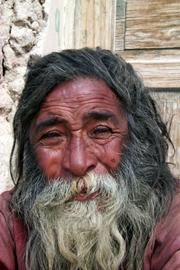 The Israelite cult started in the jungles of Junin. Perú as a break off of the Seventh Day Adventist church when the founder, Ezequiel Ataucusi Gamonal, received a revelation from God to restore the alliance with man.  They are not of Jewish descent, but Peruvian

Doctrine
The Isrealitas believe that when the Catholic church abandoned the truth, the true church has been dead and in darkness until 1955 when Ezequiel received his revelation. They believe that the church is only alive in their movement.

Ezekiel claimed to be the patron saint through his predecessors Moses and Jesus. He declared that Peru was the “chosen nation”, and the place where the New Jerusalem would descend to at the end of the world. According to Isrealita beliefs, the Incas were not pagans, but prophets of God.

Ezekiel is referred to as the Messiah and boasts of the titles “My Lord”, “The Man”, “The Pastor of pastors”, “The Son of Man”, “The Only Begotten of God”, “Israel”, “The New Inca”, and “The New Moses”. Ezekiel claimed to be the reincarnation of Christ and is called the Christ of the West, while Jesus is called the Christ of the East. Ezekiel even claimed to be above Jesus by being the fleshly form of the Holy Spirit.

According to the followers, there are four generations of judgment. The first generation was with Noah and the flood; the second generation was with Lot and Sodom and Gomorrah; the third generation is the Isralitias today. This generation will last 2000 years and after the years are ended there will be seven years of punishment. In the 1990's the Peruvian Israelitas believed the end of the 2000 years were coming to an end.

The Israelitas hoped that Ezekiel would put on the famous red tunic and begin to preach. Ezekiel predicted that at the end of the third generation, he would put on the red tunic and preach for 1260 days. At the end of these days he would be crucified by the Catholic church. The antichrist would rise to power soon after his death. Ezekiel's body would remain unburied for three days and then the Holy Spirit would come to carry him away. 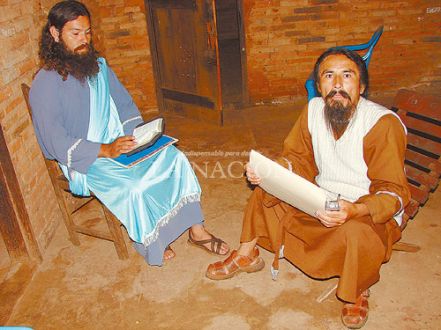 The Israelita beliefs were shaken when Ezekiel died in the year 2000 from a heart attack. The Israelitas made some changes to their doctrine and appointed Ezekiel's son, Ezequiel Jonás Ataucusi Molina, (I will call him Jonás from this point on) to take his place. Ezequiel is buried in Lima today and his grave is a special place of pilgrimage for the Israelitas. Today, the Israelitas pray to to the dead Ezekiel to provide their needs and they believe that his son Jonás is omnipresent and forgives sins.

Since the time of Ezekiel's death and the succession of Jonás, it is believed that Jonás will fulfill the role of Ezekiel at the end of the third generation. After he is carried away by the Spirit, Jesus Christ will supposedly descend from Heaven with countless angels with chariots of fire to rescue the true Israelitas, who will be all gathered in a specific place. White clouds will descend from the chariots to determine the thoughts of the people. Only those who think of only God will be taken in the chariots to Canaan, the promised land, for 1000 years.

The life in Canaan will be different. There will be no commerce, marriage, or procreation during the thousand years. Everyone will speak Arabic. Everyone will be like angels and never age. They spend their time farming and no one can enter the land. The wicked generation that cannot enter Canaan will be vampires. The Israelitas that never made the cut to enter Canaan are counseled to flee for the jungle during the thousand years and build their own “promised land” to escape judgment.

At the end of the thousand years the chariots of fire return and take the Isrealitas to other planets.


The Israelite cult bases their beliefs on the Bible, but this “special” interpretation can only be made know to the person by the Holy Spirit when they first believe.

Other Strange beliefs
Advancement
This may seem like a joke, but hundreds of thousands of people are being deceived into following this cult. It may not be surprising today, but even some “evangelicals” are calling this cult a branch of Protestantism. The Israelita cult is advancing rapidly through South America by targeting uneducated and isolated people in the jungles and mountains. I have seen the Israelitas preaching in the plazas of small towns outside of Cusco, and I know people who are part of the cult.

Please pray that the light of the glorious gospel of Christ will demolish the strongholds of the devil in Peru.
Posted by Scott Doherty at 9:33 AM

"Ezekiel will return to the earth again in 2000 years and take his followers with him in mototaxis."

That is the best line...

Thank you for sharing Brother, I have seen people from this group before but never knew exactly what they believe... especially about this "Prophet Ezekiel" and his mototaxis!

Haha. I liked that the wicked will be like vampires. The cult shows it's age when it has mototaxis in it's prophecies. I can only imagine someone asking Ezekiel how they will get to Heaven and him saying "mototaxis"

I have been very curious about this group. Thanks for shedding more light on the subject A big need for prayer!

Ezequiel actually ran for President of Peru in 1990, the election that brought Alberto Fujimori to power. I was 10 years old at the time and thus couldn't vote, but I was very interested in politics because the guy who was President at the time nearly ruined the economy... They originally used the initials FIA (Frente... I don't remember what the other letters meant) and for the 1990 election they used the initials FREPAP (for FREnte Popular Agrícola FIA del Perú, Agricultural Popular FIA Front of Peru). They ran a pseudo-socialist platform on pro-God slogans. As expected they got little votes and Ezequiel went back into political obscurity. The party is still active today but from what I can tell they are so small they aren't even registered with the Election Board!
From what I remember they did have some large retreat facility in Cieneguilla Ward, Lima, which at the time was a rural area (I don't know what it looks like now but the Lima sprawl must have advanced into it. I have lived in New York City for 21 years now and it was here where I became born-again). At its peak one supporter, speaking to Caretas magazine around 1995 or so estimated following at up to 6,000 coming to their retreats and events. (No idea if they were believers or just political supporters. His political platform was too off-the-wall.)

Thanks for the additional information brother.

Just desire to say your article is as astonishing.
The clearness for your put up is simply excellent and
i could suppose you're knowledgeable in this subject.
Fine along with your permission allow me to snatch your feed to keep updated with imminent post.
Thank you a million and please continue the enjoyable work.

I grew up an mk in Peru, with my parents working on the Ampiyacu River near Pebas/Pevas with the Murui Huitoto indigenous group. They told my dad of the Israelitos coming to the Ampiyacu and trying to squat on land there, but they were promptly told to get out of there since it was titled indigenous land. So they went about 20 miles south of Pebas, where they found land available and founded Nuevo Pevas. Dad had a few conversations with them. They were definitely strange and had twisted doctrines. The indigenous people didn't want anything to do with them, recognizing them as people who were not teaching the truth. I went on a trip in 2003 with my dad back to that area, and we saw a dozen or so of them on the boat with us going down the Amazon.

Romans 8:3 (KJV) For what the law could not do, in that it was weak through the flesh, God sending his own Son in the likeness of sinful flesh, and for sin, condemned sin in the flesh:

Romans 8:8 (KJV) So then they that are in the flesh cannot please God.