Our church in Cusco went to a Quechuan village called Ocra on Saturday.  It is over two hours from Cusco and most of it is on dirt roads.  Our purpose of having a Christmas celebrations with the people of Ocra was to preach the gospel and see if God would give someone in the village a desire to seek God. 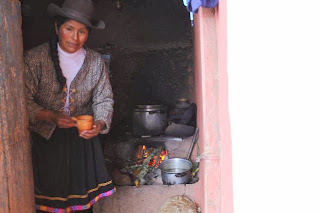 We all met in one of the adobe houses so that we could do introductions and explain our purpose and expectations.  They gave us tea and should us around the house and the green house.  We then played some of their traditional games which they taught us to play.  Almost the entire village was involved.
After these traditional games, we played a highly competitive game of soccer.  I must say that the Quechuan women play to win.  They will not even hesitate to run you down and give you a forearm to the body.  All of our kids and their kids got along great and had a fun time playing.  Tim's little boy, Elijah was a magnet for all the little Quechan girls.  They took care of him the whole day. 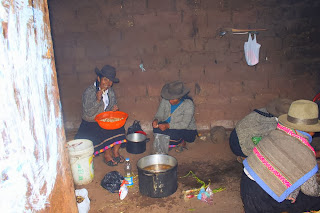 After the soccer game, which my team lost because a eight year old boy got a goal past our goalie Maria, we all gathered around and Wehrner preached a short, but excellent gospel message about Christmas.  It started to rain so everyone began to scatter.  We went to the cook house and served everyone the hot chocolate and panetón  that we brought.  Everyone stood in line and patiently waited for their turn.  At the end people were bringing pots and big jugs to get more than their share of chocolate. 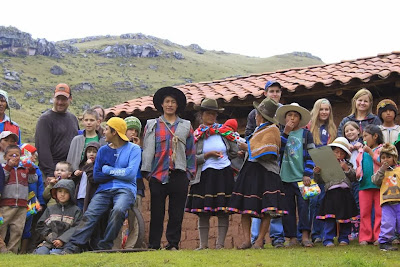 When everyone had ate we finally brought out the box of toys and candy for the kids.  We had the kids from our church pass out the presents to the kids in the village.  They were all very grateful for what they got even though it was not very valuable.  They cooked us a big pot of soup to show their appreciation.
I must say this was one of my best Christmas experiences.  There is commercialization of Christmas in Peru but mostly in the bigger cites and nothing compared to the States.  It is much lower key in Cusco and in the Quechuan village of Ocra, it was about as simple as it can be.  Everyone of the adults and kids in our church absolutely loved the time we spent at the village and they look forward to returning. 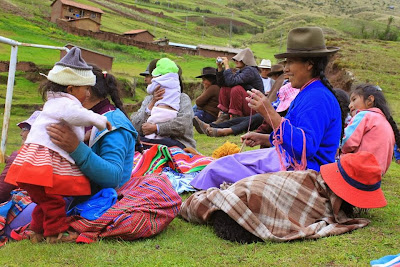 At the end of the day one family showed a great interest in the gospel and Wehrner had a long talk with the father.  We will now begin praying on what to do next.  It is difficult and expensive to go to Ocra on a frequent basis at this point in time but we may have an open door to start a bible study with this family in a town called Izcuchaca, which is in between Cusco and Ocra.

We found out that we were really the only true Christians that have ever preached in the village so we praise God for the opportunity to preach the gospel, not where Christ has already been named, lest we build on someone else’s foundation, but as it is written, "Those who have never been told of him will see,and those who have never heard will understand." Romans 15:20-21. 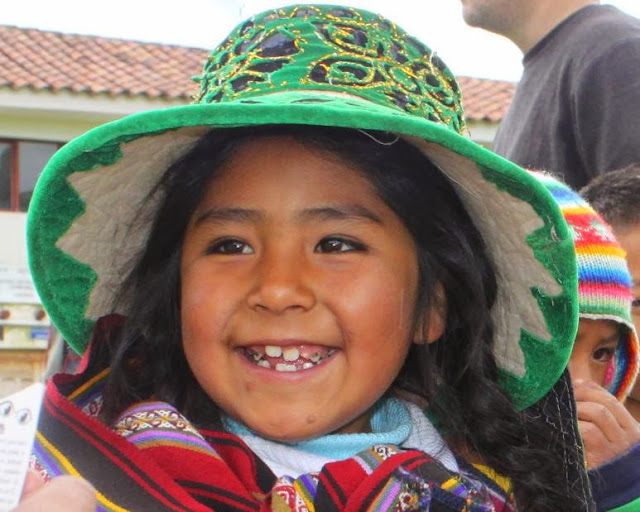 Posted by Scott Doherty at 1:45 PM