Getting settled in Cusco

We still do not have the internet that was supposed to be installed in our apartment on August 29th. Once again we were told that it would be next week. So we are patiently waiting. We are pretty much settled in our apartment now and are comfortable here. We love Cusco and are ready for visitors anytime. Hint. 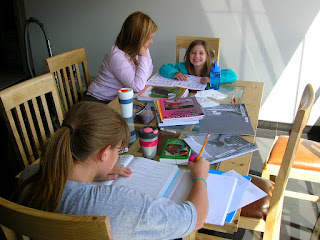 Kim started homeschooling the kids this week and they are on a very structured routine each day, which it is nice to be back into a routine after the last few busy months. Chase has been playing soccer with some little kids at a park by our house and Emmy is always active, busy and full of joy. Raegan has been helping Kim turn our apartment into a home. The Peruvian school year starts in March so Kim is going to homeschool the kids until March and then we will probably put both Raegan and Emmy into a private Spanish school so that they can learn Spanish. Emmy is already used to an all Spanish school from her time in Costa Rica but it is sink or swim time for Raegan.


We are happy to have our friends and partners, the Martinez family in Cusco with us. They arrived on Monday, the 10th. They drove a 1984 Suburban with 600,000 miles on it from Paraguay. It took 8, 12 hour days of driving and covered 4 countries, Paraguay, Argentina, Chile and Peru. They drove over the Andes mountains and a pass that was 16,000 feet in elevation, through deserts and along the coast to get here. They drove on many dirt roads and through many small towns in the middle of nowhere. Their brakes went completely out before they climbed the Andes and they coasted to a stop on a dirt road, right in front of a mechanic shop. If they would have lost the brakes on the Andes, they would have died. Of course, God was in control of their trip the entire time and it was what He ordained in His perfect providence. The mechanic rigged up something with the brakes to get him to the next town but Joe had to stop every 20 kilometers to tighten the screws. They crossed 3 boarders and it seemed that the people at the boarders were more impressed with the size of Joe's suburban than anything. The combination of the kids and the giant suburban got them through all the boarders without paying anything. They wanted bribes but Joe never paid and they still let him go. It was a great adventure. After Joe arrived in Cusco, he said a very well used missionary saying, “I'll never do that again.”


We have been helping Joe get his apartment furnished the last few days. I must say it is pretty fun driving the '84 suburban around Cusco. We literally set off all the car alarms as we buzz by parked cars. It is awesome. 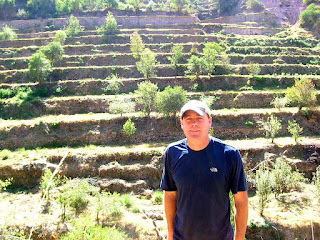 I have taken a few hikes behind our house to explore the mountains.  It is outstanding.  There are tons of old Inca ruins that the Quechua people are still using and farming.  It is like going back into time.  I walked up a big draw through Inca ruins and Quechua farms.  There are no roads so it took about 1 hour to get into this spot.  As I walked up the draw, the Quechua people are working their fields or working on their sod and mud houses or washing their clothes in the creek.  They still live like they have for a long time.  It is a great place to explore and introduce the gospel.  If I could only speak Quechua or they could read it. 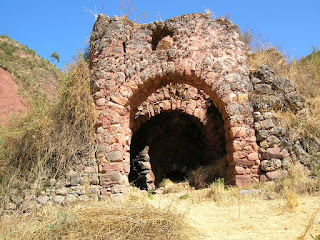 We bought all our furniture at a placed called feria de muebles, which is just a dirt floor, tin roofed market. I bought almost all of this from one lady. Today I was helping the Martinez's get furniture and I was talking to the lady. She was Catholic. I shared my testimony with her and how I was Catholic for 28 years. She was very interested. I told her we are starting a church in March and she got excited and asked if she could attend. Praise God that He is already preparing the hearts of His people. I can't wait to see what God will do here.


I have been very anxious to explore the seemingly unending Andes mountains around Cusco. The mountains make the Rockies look like foothills and the start ascending from their base at 11,000 feet. But there are countless villages of people scattered all over the mountains in difficult to reach places. As I study detailed topo maps of this vast wilderness, I find it hard to sit still and I am counting the days until we make our first trek into the heart of this wild country. 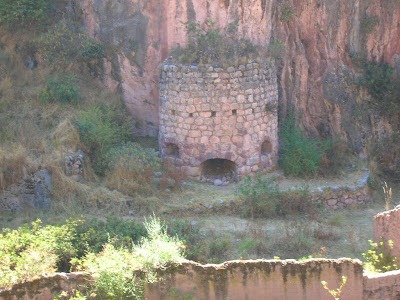 Posted by Scott Doherty at 3:35 PM

Your encounter with the woman at the furniture store is just remarkable and God! The fact that she is excited about the church you want to start is a great blessing and should be an encouragement to you. Keep up the witnessing and speaking to those in Cusco about the Lord. He will bless you endeavors.