The first day of the conference surprised us.  There was a much bigger turn out than expected, in fact, we had to buy more chairs.  Around 40 people from 10 different Ashaninca communities were represented, not to mention the pastors and leaders from the surrounding area.

Some of the tribal people traveled for two days through the jungle to arrive at the conference.

Scott Dollar taught an Old Testament Survey for most of each day.  Joe and I taught on the disciplines of Scripture reading, Scripture memorization, and Scripture meditation each morning.  The teachings went so good.  Everyone was very attentive and asked very good questions.  After I finished teaching on a method for memorizing whole books of the Bible, I challenged them to memorize a book between 90 and 160 verses.  This should take a year or more.  I told them that I would give them a big reward of their own library of theological books.  At the end when I asked them to raise their hands if they wanted to accept the challenge, almost everyone raised their hand.  I now better come up with some books because I think these people may just do it.  How strange and awesome would it be to be lost in the jungle and stumble upon a village where they all had the book of Ephesians memorized. 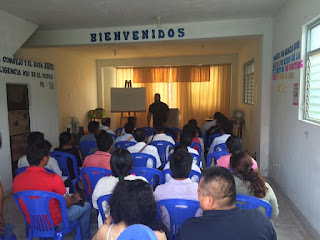 During each day the people who were not teaching did street evangelism in the plaza, which ended up bearing fruit by bringing in a key contact.  Each night we had a preaching service as well.  Brad, Bryan, Jack, and I preached.  The people really endured long days of teaching.  We started each day at 9am and finished at about 9pm each day, with only a few hours break for lunch and dinner.

At the end of each day session we had a question and answer panel.  They asked so many questions that we always went over the allotted time and finally had to close it down until the next day.  We answered a wide variety of questions and got in to some heated debates at times.  We answered a lot of questions about the qualification of pastors, women pastors, eschatology, prayer posture, the proper clothes to wear, women's make-up, Mormonism, Jehovah Witness, the Israelita cult of Peru, a heated debate about losing salvation, and countless others.

A key contact came to the conference through a providential meeting during evangelism.  This man, Teddy, used to work for a mission agency to gather pastors from the jungle for conferences.  He worked with a people group that we never heard of called the Yanesha people. 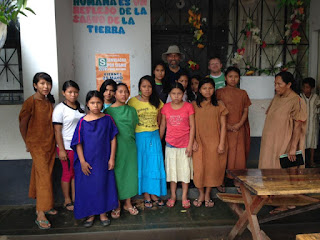 According to Wycliffe the Yanesha people with a population at over 10,000 distributed among 48 communities near Satipo. The Yanesha people speak Yanesha', a language family that also includes Asháninka. A dictionary and grammar have been published in Yanesha', and also a New Testament, although they only have a literacy rate of 10%-30%.

Teddy told us that the Yanesha people have been abandoned long ago in the area he worked with them, and now there are no churches.  However, after attending the conference for three days, and loving it, he said he would bring up to 30 leaders from this tribal group to Satipo for our December conference.  Teddy is well educated and knows his Bible well.  This could be a key contact to expand.  We will talk to Teddy in December to determine if we will start another training center in this area in 2016 or 2017.

Some of the crew went to an orphanage in Satipo and Joe Martinez shared the gospel with them.  Later we gave them a proclaimer audio Bible.  We made many other good contacts during the week as well, one of which was a very solid young man named Jonathan.  Jonathan went to a seminary in Lima and is fairly new to Satipo.  He was very grateful when we told him about Miguel's church. 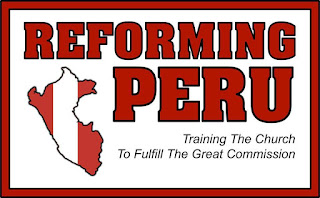 We decided to call our training center Reforming Peru.  Scott Dollar is developing a web site now and I will share it when it is finished.  We have all the themes for the nine conferences and will develop the curriculum as we go.  We should be able to replicate this training center in any part of Peru.  As we expand we will seek key partners to help us put on these conferences.  We are so excited about the huge success of the first conference, and we really believe that the conference attendance could double in December.

Here are a few more pictures from the conference: 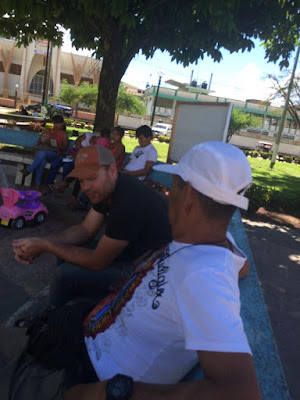 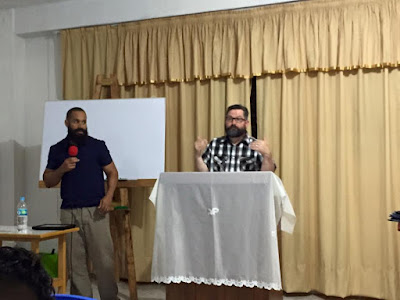 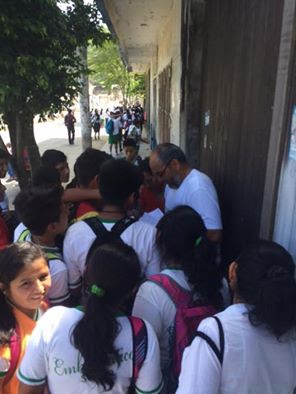 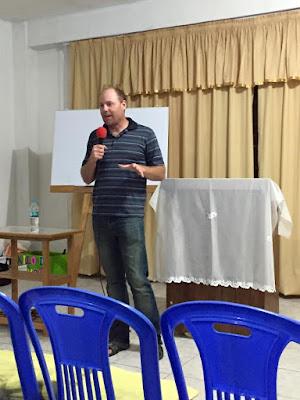 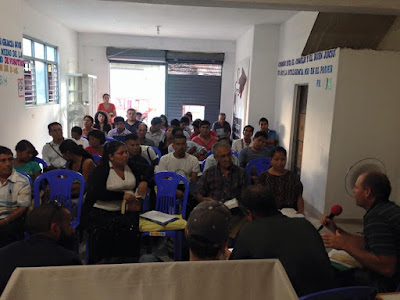 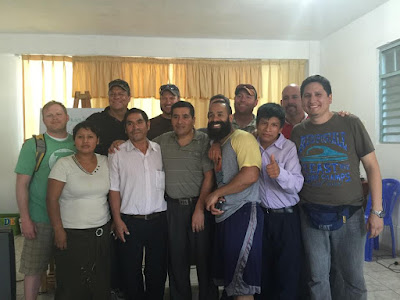 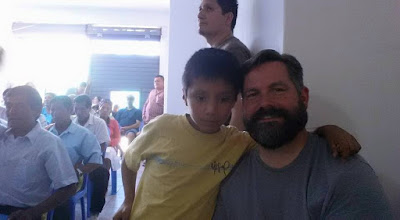 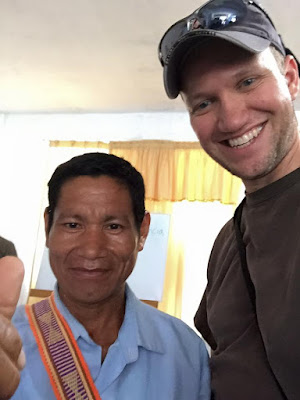 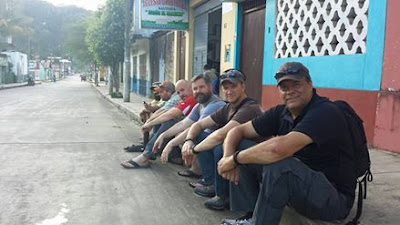 Posted by Scott Doherty at 6:35 PM